3 Reasons why you should care about InPen, the Smart Insulin Pen 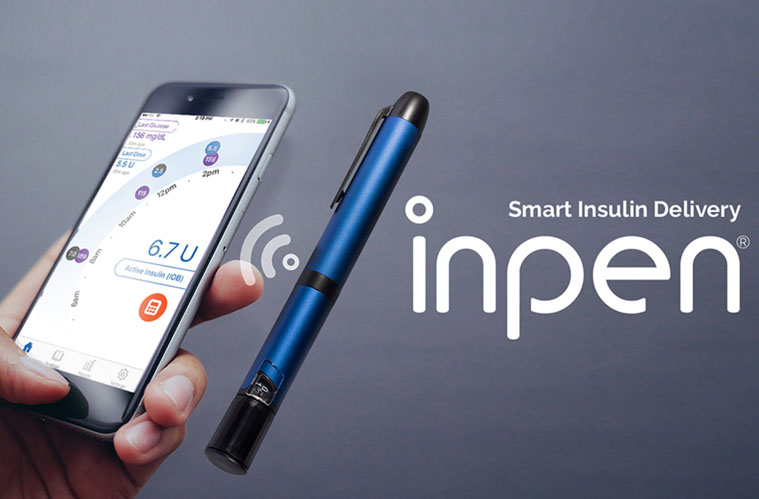 Companion Medical plans to start shipping the InPen, its FDA-approved smart insulin pen, before the year, and I’m excited about this brand new device category. In an age where everything seems to be “smart” or “wireless”, it’s fair to ask the question: why would I want a smart insulin pen? Read on.

What is a Smart Insulin Pen?

The InPen by Companion Medical is a reusable insulin pen that uses removable insulin cartridges to deliver up to 30 units in 1/2 unit increments, much like the Luxura HD or Novo Echo. By adding Bluetooth technology and a smartphone app, the InPen helps you calculate and then record your next insulin dose. The InPen impressively also distinguishes between priming and actual insulin doses by filtering out low doses given just before a second dose. It still records the priming dose, but does not regard those units as injected by the user.

We like to get excited about advanced Insulin Pumps powering futuristic Artificial Pancreas systems, but the reality is that over 60% of people with Type 1 diabetes still use pens. The reasons are diverse, ranging from convenience (“i don’t want to have anything attached to me”) to the high costs of insulin pumps.

While insulin pumps and continuous glucose monitors have been evolving at break-neck pace, insulin pens have remain largely unchanged.

Unless you are using an insulin pump, mealtime or correction bolus calculations can be incredibly frustrating. More often than not, people end up eyeballing or guesstimating their dose.

While insulin bolus calculator apps exist, most have plenty of flaws and are unsafe to use. For example, some do not have any data validation, so if a user erroneously inputs an extra digit (1322 instead of 132), the suggested dose might be 10 times higher, and potentially lethal. In addition, most app bolus calculators do not factor in “insulin-on-board”, or insulin from previous injections that are still in effect.

By using a wireless meter glucose meter and the InPen, the InPen app can automatically import the glucose reading and calculate your recommended dose. Since it knows your insulin dose history, it would safely avoid suggesting too much insulin if you still have “insulin-on-board.”

From there, after you take the recommended dose, the app would automatically record the dose in your logbook, and visually displays your history on the app.

While it might sound bizarre to people who don’t take insulin, it’s surprisingly easy to forget whether or not you took your insulin. Much like forgetting where you parked, the fact that you do it so often can make it hard to remember. Using the InPen, that ambiguity is gone. At any time, you can load up the app and see your previous insulin doses and even see how much insulin is still on board.

Also, automatic recording of insulin dosing and timing is a game changer for visits to the doctor. As an endocrinologist, I’m happy when my patients are able to produce a glucose logbook, but only a slim percentage record their insulin doses. (I don’t blame them; it’s hard to keep those records!)

With the InPen, every insulin dose and date/time is recorded automatically. So when your doctor is trying to analyze your glucose data to make adjustments to your insulin dosing, they can see how your sugars responded to prior doses of insulin and better identify the cause of certain patterns in your blood sugar.

The Future is (Just About) Here

After receiving FDA approval earlier this year, the InPen will finally start shipping in the next few weeks, before the end of 2017. At initial launch, the re-usable pen may be covered as a pharmacy benefit and, depending on your plan, may be available according to your insurance co-pay. The cash price is $550 after a $250 coupon discount. Companion Medical is optimistic that insurance plan coverage will expand in the future.

While cost will likely be a barrier for many in the beginning, the InPen finally brings significant upgrades to the insulin pen, which over 60% of people with Type 1 diabetes still rely on. With the automated dose recording and seamless app with insulin bolus calculator, I welcome every product that reduces burden for patients and improves the quality of diabetes data.